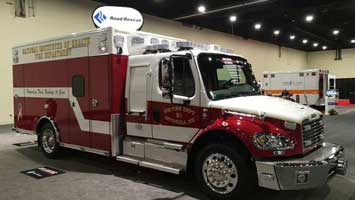 There is a difference between what the general public thinks the fire service does and what it actually does. This is true no matter where you check, though the degree of difference can vary. People get their perception from a variety of sources including pop culture; television; news sources; personal experiences; relationships with those in the service; and, in current times, social media. In most cases there is a lack of understanding of how complex the job has become when there is a desire to have a quality service. To many, just having a fire truck show up is adequate. Staffing and response time don’t have to be that great as the expectation may be low. Yet, there is a huge variation of services both in what is delivered along with the quality.

One area to consider is EMS. I am not sure the public knows the difference between a first responder, EMT, or paramedic. Yet, there is a huge difference. The hours required to attain licensure and maintain the same are vastly different. The types of procedures that can be delivered are also widely different. As such, the outcomes are expected to be better with a cadre of paramedics than with first responders. But rarely, if ever, is there a mention of the difference as the public doesn’t know what they could be getting, and some of the services are fewer. Add to this that the public often does not know that the fire department delivers both fire and EMS, and you understand the challenges of changing expectations and garnering the proper support. Too often the public is satisfied because someone showed up.

Speaking of showing up, a nonfire-service friend of mine asked me some questions about service delivery. A friend of his lost a son in a vehicle accident. This is a huge tragedy for anyone to deal with. The family is trying to make sense of it. They had heard that there was a delay in response, and the extrication was not very efficient and took a long time. My friend was wondering if they could have played a part in the fatality. I said I couldn’t “Monday morning quarterback” but offered general comments. I said not all departments are created equal. Some are better than others. They have better staffing, train more, and have quicker responses. You can expect better outcomes when this happens. It is difficult to evaluate unsubstantiated facts from an individual event. But, think about what could happen if the public were able to ask certain questions and department actions had to be defended.

Many in the fire service are hesitant to admit deficiencies. I know of organizations that count the first-arriving vehicle equipped with a radio as their response times. They don’t have enough people to make a difference initially, nor do they have the needed equipment. When asked about their response time, they recite the number of the one-person vehicle. They never offer additional, and the public never asks for further information. This would seem to be a bit deceiving and once again contributes to poorer results because of inadequate resources. What is it that prompts organizations to provide information that is incomplete and may be considered deceptive? I know the political reasons and desire to not air poor performance, but how does this help the growth of the department? We should begin getting more information out that not only paints the right picture but also gets the general public to better understand the challenges of providing quality service.

The Fire Department Safety Officers Association and Drexel University have partnered with each other on a grant to examine safety climates and safety cultures. While the focus (no pun intended to those at Drexel who developed the survey) is on safety, the idea of climate and culture applies to all aspects of the fire service. It affects training, staffing, apparatus, and public support. I think you could look at all sectors, and an examination of climate will determine the end results. If your group has a good climate regarding training, you will have a good training program. This would involve support from top to bottom of your department.

Rurally Speaking: Why Is Everybody Yelling on Scene?