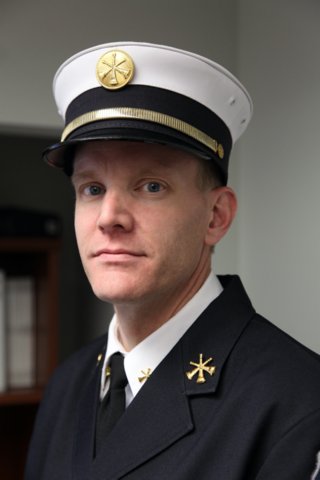 It is hard not to look inward every year when September 11 arrives and think about how that day and the ensuing years have impacted our daily lives. It seems that we habitually block anniversaries into multiples of different numbers. On 9/11/06, one television network replayed its coverage from that day uniterrupted as we recognized the five-year anniversary. On 9/11/11, we marked the 10th anniversary of this tragedy, and now we have arrived at the 15th anniversary.

“Never Forget” is what we have all pledged to do both as the nation and as the fire service. September 11, 2001, was the first time many experienced an event like this—an attack by an enemy on American soil. Many were too young to understand the significance, and thousands of children have been born since. These children will hopefully never know what it feels like to experience this type of attack.

It’s up to us, really, to instill in our children and the children with whom we interact why September 11, 2001, is so significant. Personally I was glad that, as I watched a program regarding this 15th anniversary, my kids peppered me with questions about that day.

Fifteen years have come and gone very quickly. Memories and specifics of that day for many do fade, but anyone who experienced that day will never forget. The challenge for us is to ensure those who have come and will continue to come after us never forget. How we never forget will be different for everyone.

For many, the pain lives with them every day for having experienced it and its aftermath in New York, New York; Washington, D.C.; or Shanksville, Pennsylvania. Hundreds live with illnesses related to the work they did trying to save lives—trying to save brother and sister firefighters, law enforcement officers, and citizens. And, we add to the growing list of those who have died from these illnesses every year.

The video embedded here captures an important aspect of September 11, 2001. For those who did not experience the day, they must understand how what happened on one coast 15 years ago continues to impact our citizens today. You do not have to have been in New York, Washington, D.C., or Shanksville, Pennsylvania, to be connected to those who were there. Its effects are far reaching and are beyond the fire service. The United States of America lost thousands of people. To say it was a horrible day is understating it. In the days that followed, however, the United States of America proved why it is the greatest country on earth. There is no holding us down. We hurt from that day, and that hurt will never go away. We were wounded, and this wound may never completely heal. But, we have never stopped recovering, learning, growing, and pressing on. We will never forget, but also remember that as the fire service, we are in one of the best positions to ensure that those who follow us also never forget.