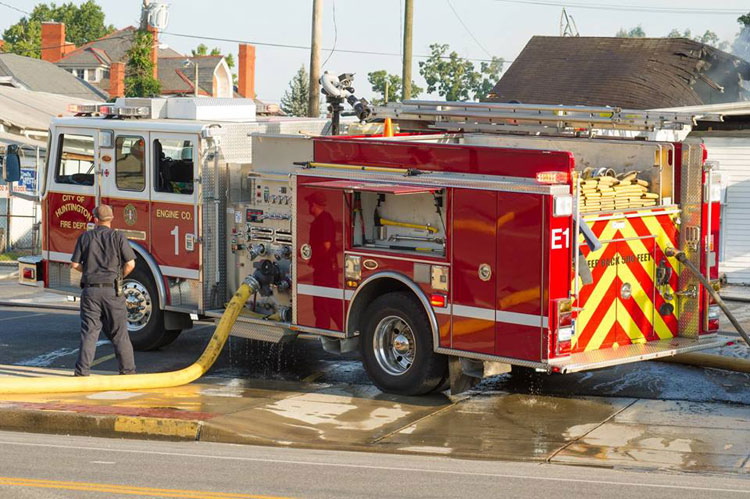 Recently I was talking to a firefighter and asking how things were going. He said they were going well. His shift had gone to a couple of structure fires, and as we all know morale goes up when fire companies are busy with working jobs! But, I continued the conversation and asked about the outcomes. He said the operations were very effective. He continued to say that the outcomes (my words, not his) were good because they arrived quickly and had enough resources when they got there. I am thinking to myself (sarcastically) what a concept—arrive in time with the right resources, and the result is positive.

I believe that too often we accept outcomes without acknowledging the fact that, at times, we don’t have a good response time and we don’t have the right resources. I will see news reports about a significant fire, and it is usually the same thing—the fire was through the roof or throughout the structure upon arrival, there was a lot of hidden fire, or there was some other reason why the building was a total loss. Never do I hear the response time or staffing levels. Sometimes I know the department and do a little recon. Almost always the response time was long or staffing was not adequate initially. Before I go on, let me emphasize that I am not being critical of the responders. They are responding with what they are given. The community has provided the resources, though many who live in the community are unaware of what those resources are.

Regardless of the emergency, responders need to get to the scene in the moments that matter with the right resources—human, apparatus, and equipment—to make a difference. I would add that the firefighters need to be properly trained, and they must also practice enough to be competent, including conscious and unconscious competence. These must be present, or the system cannot make a difference. This applies to all the true emergencies. If a department could send the world’s greatest surgeon and his staff to a serious, life-threatening-injury accident, the results would be the same if they didn’t arrive in time. If the surgeon was all alone, it wouldn’t matter. If he didn’t have his tools, nothing would change.

I realize that departments are not going to voluntarily provide information that would be detrimental to their operations. I don’t expect the news report after a tragedy to say that the department arrived with two personnel in a truck (which is a moving company, not a properly staffed fire truck!) and that it really needed significantly more. Usually I read that they had a lot of people on the scene, but most arrived after the window of opportunity closed. I rarely hear that the first arriving company took 15 to 20 minutes—again beyond the time when something good could have happened.

Something that I never expect to hear is that the arriving companies were inadequately trained for the emergency. But, I wonder what I would find if I were able to check into training records? And, I mean to do some in depth research. I would want to know the basic training and the “practice time” devoted toward developing competence. I would want to know what standards for performance are being used. I would want to know how performance is measured and if times are kept. Is a real incident command system used and verified by a program like the Blue Card system to make sure that those in charge have enough “sets and reps” to be really competent?

I used to joke that I could provide a fire department by having a pick-up truck, a couple fire extinguishers, and a first aid kit. It would save a bunch of money (and virtually eliminate any personnel problems!!!). But, we all know that the results would not be good. I think a majority of departments fall in between this ridiculous example and a properly staffed, well-trained, and well-equipped department that has the right response time. There are many reasons for this, but mostly it is about funding. Communities are not providing the resources. This could be for a couple of reasons. They may not have the ability to pay. But in other cases, I don’t think the citizens (and possibly the politicians) are aware of the capabilities of their fire department. Again, I am not being critical of the firefighters. They do whatever they can with what they are given. But, they too often are sent into situations where they cannot make a difference because inadequate resources, response time, and/or training deficiencies.

A football team that arrives late to the game with fewer than 11 players who have no practice time or game plan and is improperly equipped has no chance of winning. We should look at our job that way. To be successful, we need the right number of resources—people and equipment, great training, and the ability to arrive in time to matter. We need to find a tactful and appropriate means to inform those who could be on the receiving end of our service—our true capabilities based upon these factors. That is really the only way we can truly make a difference.