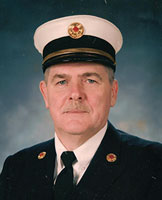 It was just a matter of time before this question was asked. It’s one some people in the industry may be reluctant to address. Years ago, when a fire truck dealer walked into a fire station, the fire department knew exactly what apparatus was being peddled. At trade shows, a manufacturer’s “rep” normally represented one line.

As an example, they could have been representing Hahn or Crown Coach. Both companies manufactured their own cabs and chassis with proprietary features and body work unique to each. Or, they could have been representing a smaller builder similar to Boardman, Boyer, or Bruco that built on commercially available cabs and chassis. Smaller builders generally promoted their bodywork, plumbing, piping, and paintwork while the larger ones touted their proprietary built cabs and chassis or aerial devices.

A prime example was when Howe, located in Indiana, purchased Oren, located in Virginia, in 1961 and later Coast from California in 1965. Howe kept its Indiana plant open selling Howes and kept the Oren facility open selling Orens. But, it closed Coast completely.

In the mid 1970s Grumman purchased both Howe and Oren and closed the Howe facility. Eventually the Oren moniker disappeared, and all apparatus was labeled Grumman. Grumman closed in the early 1990s with its parts and pieces absorbed by other manufacturers. Confusing as the lineage was, imagine a vendor walking into a fire station not knowing if he was selling a Howe, an Oren or a Grumman and not being too sure where it would be built!

In the late 1980s to mid 1990s, American La France (ALF) was beginning a decline. It changed hands, closed, then was eventually purchased by a commercial truck manufacturer. It was revived and started producing just custom cabs and chassis for the smaller apparatus manufacturers in the industry. After several years of those builders using and “testing” the chassis, ALF purchased fire apparatus manufacturers RD Murray of New York, 3D Manufacturing of Wisconsin, Becker of Wyoming, and Boardman of Oklahoma along with Snorkel and LTI. Overnight ALF had a backlog of “builds” and became a player, albeit a temporary one, in the industry. Those individual manufacturers and their identities are gone forever having disappeared along with the ALF label.

Vendors and representatives of the four manufacturers acquired by the group could have a very extensive portfolio of product when calling on prospective customers. That will depend on how the distribution systems of the four manufacturers are laid out. They may operate as separate entities, or they may have some of their employees and some of their marketing, support, and supply systems consolidated. It will all come out in the wash down the road. Commentators, pundits and writers speculating on mergers, assimilations, and buy-outs makes for good reading only.

I wonder if or when the “consolidated” dealers and manufacturers’ representatives will know what product line(s) they will be representing when interacting with fire departments.

The next commentary will address the concerns dealers face who are selling multiple lines of fire apparatus.