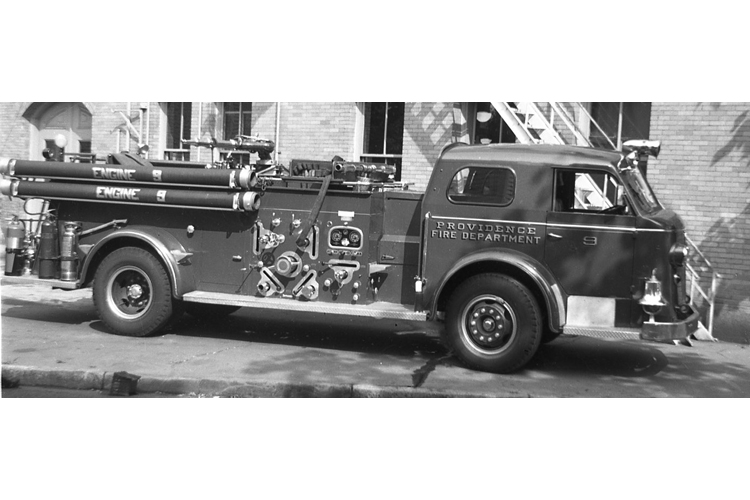 Every morning the Raisin Squad passes judgement on topics normally not addressing race, religion, sexual preference, or their life expectancies. The best senior citizen discounts, the number of doctor appointments scheduled for the upcoming week, and how we used to put out fires faster, better, and smarter than the kids today are favorites. Bear in mind, the squad comprises past-their-prime former volunteers.

Like a fool, I asked how they could tell when they were too old to be an active member. “Probably when you knew you should pee before getting on the truck.” Another agreed, adding, “You knew it was getting real close when you had to use the bathroom before you left the house and after you got to the fire station.” One said at night calls in the good ole days—in an emergency—you could relieve yourself when riding the tailboard. I chimed in that when the tones used to go off, my wife would say, “Be careful,” on the way out the door. When she started saying, “Check the date on your driver’s license,” I knew my days were numbered.

One white hair said that your time has passed if there’s a remote chance you could hurt someone just by being there. I agreed. A couple didn’t. That brought up the topic of old timers just driving the rigs. Most of the past-their-prime members couldn’t accept that pump operators no longer just ran the pump. My nemesis, Harry, said “It ain’t the driver’s job to hump hose, throw ground ladders, and fetch heavy equipment.” One of the more rational geezers disagreed, “If you can’t flake out a preconnect or drag a supply line (5-inch) back to a plug, you ain’t got no business driving.” He kept going “If you can’t remove all the equipment on the rig by yourself, you don’t belong there.” Another chimed in, “Sure you got a handicap sticker on your car so you can park close to the supermarket’s door because you can’t walk, but you still want to wheel the ladder truck down Main Street during rush hour. That ain’t right.”

Harry changed the topic. “Well, what about the fire police—can’t the older guys direct traffic on the fire ground?” Half the squad agreed—mostly the real old wrinkled ones. Those who just started collecting social security didn’t. “That’s smart—you got some old guy that can’t walk in a straight line and you send him out in the middle of a busy highway with a traffic vest and a road flare. That’s brilliant.” Stupid me. I said, “Yeah, what if he forgot his hearing aid and can’t hear the rigs coming or a car blowing its horn.” Harry: “It won’t matter. If he forgot his glasses he won’t see what hits him.” I said that’s cruel—firefighters are injured every day on the highway. He replied “Life’s cruel. You’re old too—get over it.”

A couple of days later when we remembered what we were talking about, we still tried to justify having ourselves on the fireground. How about carrying smoke ejectors to the front door? “I guess so, as long as it’s the small one; I ain’t carrying that big one (20-incher).” What about setting up portable lights at night? “You’d probably trip over the electrical cord.” “Leave me out, I don’t like driving at night.” How about changing SCBA bottles? “I got arthritis—my fingers don’t work that good.” What about being a safety officer? Harry dozed off and had just woken up. “Safety? How the hell would you check that? Don’t people practice safe sex anymore?” We looked at each other and left Harry to himself. There was just enough time to get the senior discount for breakfast at the diner.