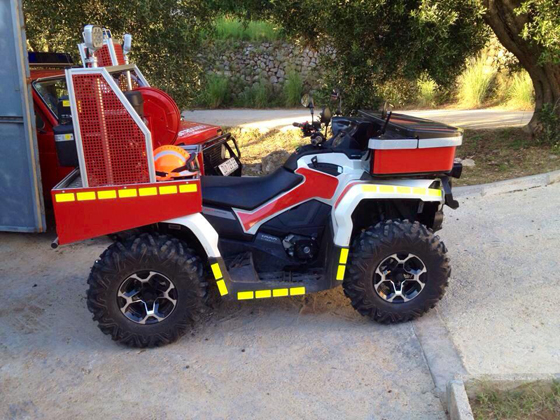 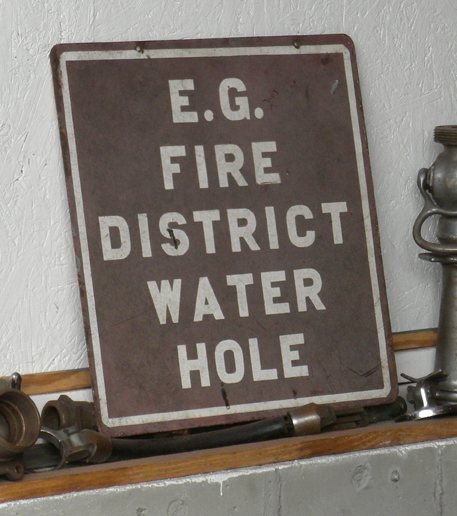 Part 1 explained how one got into the junior firefighter program, what was expected of a member, some of the training, and how juniors addressed one of their nemeses—George the Deskman. This part will address drafting, ground bees, and gophers.

Drafting
Outside of the village and residential areas was an unhydranted rural area. Fire district hazards ranged from four-story wood buildings on Main Street to farms and no water in Station 2’s district. New juniors from both stations always got along until indoctrinated by the older members in becoming biased and narrow-minded. Station 1 members referred to 2’s members as farmers. Teasing was reciprocated and not always in jest. One thing 2’s people did very well was drafting. Throughout their district were ponds, streams, and brooks with posted signs with the designation: WATER HOLE. Money was budgeted yearly to maintain them. Blocking a water hole was no different than parking in front of a hydrant. In the village, you’d get a ticket. Outside the village, Lord only knew what the farmers would do with or to your vehicle.

Back in the early 1960s, three engines were dispatched for structure fires in 2’s district, bringing enough supply line—usually 2½-inch—to reach most water holes. Juniors from both stations trained together on drafting. In shallow brooks and streams, juniors were usually delegated to wrap a ladder with a salvage cover and wedge the ladder diagonally from bank to bank forming a makeshift dam. Temperature and weather were trivial matters and boots were optional. Keeping strainers clear of debris was another job for juniors that also involved getting wet.

Farmers rode all juniors like rented mules. Carl, a good old guy from Station 2, was a crack pumper operator who always ran the pump during drafting drills. He could tell by listening when a pump was starting to cavitate. If you couldn’t see water whirl pooling, he’d tell the juniors to “clear the strainer.” Rather than teaching a new guy to reach under the water to clear debris away from the strainer, one of the older juniors would tell him to pull the strainer up by its rope and clean it off. Naturally, the pump lost its prime and Carl came unglued. We heard cussing we probably shouldn’t have until we were 21. It may have taken Carl a year for the right time, but mysteriously he managed to get the instigators soaked to the gills at another drill or at a fire. They knew.

Ground Bees
After being checked out to ride the pumpers to calls, juniors were restricted to the tailboard. Usually, two got off when hitting a hydrant. At one call, a couple of them were trying to dress a plug when they stirred up a mess of ground wasps or yellow jackets. They couldn’t get near the plug without getting zapped. Fortunately, the ladder truck driver saw the juniors milling about in the middle of the street and knew exactly what was happening. He stopped the rig, grabbed a CO2 extinguisher, and eliminated the problem.  In the ensuing years, I’ve used CO2 extinguishers on bees several times. The CO2 also worked well for forcing raccoons out of chimneys or garages. There was no mess and no fuss, but you had to stand clear—when they came out they were more mad than cold.

Gophers
Gophers are not necessarily small furry animals that tear up a lawn. Juniors, not allowed on or inside a burning building, were trained to do everything else on the outside. They were the gophers—“go for this” and “go for that.” Older members, like George the Deskman and Carl from Station 2, taught juniors to anticipate what was needed and to get it before being told to do so. As an example, when tailboarding a pumper in 2’s district that stopped at a water hole to lay out, you were expected—without being told—to remove all the equipment required to draft. When an engine ended up back at the draft site, moving water was already dammed up (if required) with hard sleeves and strainer already in the water resting on a ladder.

At structure fires juniors, were allowed to throw ground ladders—but not go up them. If you saw a crew heading up an extension ladder for the roof, juniors made sure a roof ladder was in place standing up with the hooks opened facing away from the extension’s beam. That was their job. Juniors were taught never to get off a rig unless they had something in their hand. If you got off empty handed, one of the firefighters would ask if you were going to a dance because it didn’t look like you’re going to a fire. If an attack line was heading into a building, the irons and a handlight better be waiting at the door. Lord forbid if a line was not properly flaked out for an interior crew. At night calls, a good crew of juniors could have a portable generator off and running with a couple cord reels and Circle D lights plugged in in record time. Juniors never expected or received a thank you. If you got a nod or a wink, you knew you did well.