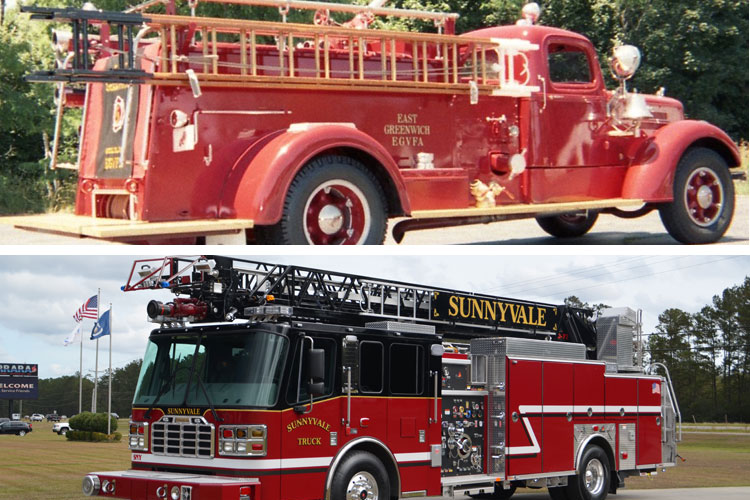 The other morning, the raisin squad was looking at a trade journal that showed two aerial ladders, one painted black and one painted white (the aerial devices themselves—not the whole rigs). That started a week-long, no-win, aggravating, and hair-pulling dialog. The white hairs’ statements are in italics. “Why are they painted different colors?” “Doesn’t white reflect heat and black absorb it?” Another said, “They’re all supposed to be painted silver. They’ve been silver for years.” Harry, a known tightwad for at least the last 30 of those years, said, “Why spend money for paint if it ain’t required?” The consensus of those who could hear and were paying attention was, “A steel ladder has to be painted or it’ll turn into a big hunk of rust on top of the truck.” “How come they paint the tip orange?” I said the tip or top couple rungs are painted a bright color so it can be easily be seen on a smoky roof. Before they jumped on that statement, I reached my three cup limit and left. Note: The old timers were not disparaging or belittling any aerial ladder manufacturer, the types of material used in aerial construction, or any inhibitors aerial manufacturers put on or inside the structural members to prevent rust and corrosion. The geezers’ concern was color. 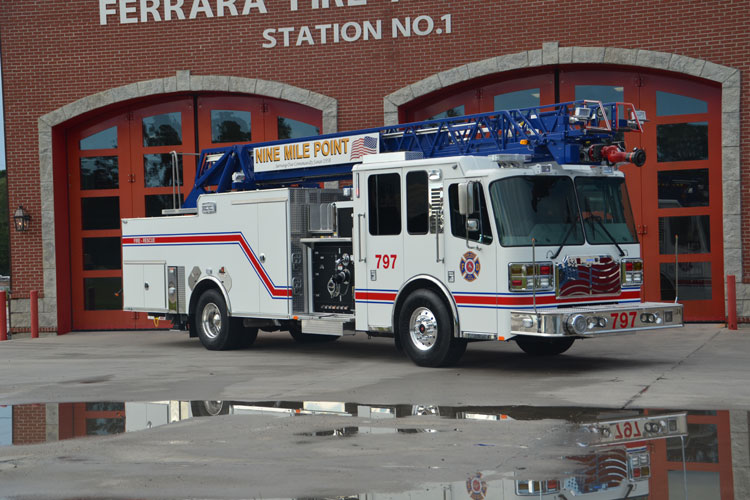 After doing some research, a couple mornings later I gave my expert opinion for the benefit of those who still remembered the topic. I said one dealer claimed aluminum aerials don’t have to be painted. Another dealer said one of his competitors promotes hot dip galvanized that “looks like a guardrail.” Another said it costs about five grand to paint an aerial, and yet another said paint is standard and included in the cost of the rig. One claimed it cost the same regardless of color. They weren’t impressed.

Before the squad started to doze off, I mentioned the only thing required by National Fire Protection Association (NFPA) 1901, Standard for Automotive Fire Apparatus, sentence 19.18.6 is a truck-mounted light to “observe the effect of the stream from the ladder pipe” and “a light at the base of the aerial to illuminate it in any position” (sentence 19.18.5). There was nothing about seeing the ladder for a quick egress from a roof. One of them said if it was so darn important to see the tip of the ladder, the standard would have called for more lights or a special paint color. He added, “They got all sorts of rules and regulations for how bright those dumb vests have to be that they make you wear.” “Yeah,” claimed another, those stupid traffic cones and the Scotchlite™ striping on the rigs gotta be a certain color.” “They’re only concerned about not ramming the aerial into the building. They don’t care about getting off the roof.” Vendors should be aware that raisins on an aerial ladder purchasing committee could make selling interesting at the least and miserable at the most.

The next morning, I changed the topic to ground ladders—another mistake. I said that many fire departments painted the top few feet of their ground ladders white so they would be visible in the smoke and at night for years. “Why?” Just like on an aerial—in case you have to bail off a roof in a hurry. “I didn’t think you’re supposed to paint aluminum.” I brought a copy of the NFPA 1932, Standard on Use, Maintenance, and Service Testing of In-Service Fire Department Ground Ladders. Sentence 6.2.4 says, “Ground ladders shall not be painted except for the top and bottom 460 mm (18 inches) of each section for purposes of identification or visibility.” Harry said, “Well, if you look in the magazines, most are painted fluorescent orange.” Harry, it doesn’t say anything about the color. “It should.”

I said for safety’s sake, the tops of ground ladders should be painted for at least three rungs, which is what I believe any ladder should be extended above a roof. Another white hair put on his spectacles, looked at NFPA 1932 and commenced to shoot me down. “That’s BS.” He said, “Your standard says only the top 18-inches can be painted. If the rungs are 14 inches on center, it’s illegal to paint to the third rung.” So what? Who cares? “You used to sell this stuff. You’re the one who’s always quoting facts and figures.”

I had brought in some pictures of a couple of old rigs showing that painting ground ladder ends isn’t something new—the final mistake of the week. I said look at this old La France (photo 1). The tops of both ladders are painted white. It’s a lot easier in the heat of the moment to make sure you’re raising the ladder right-end-up if the top is painted. My nemesis Harry: “Hey—look at this Mack (photo 2). These people painted both ends. How the hell does that help when you’re trying to raise it?” I started stuttering. “Well I’ll be—isn’t that rig from the department that you used to belong to?” He was winning and he knew it.

I tried to change the subject by asking what the weather was supposed to be for the rest of the day. Harry piped up “We ain’t done just yet. Look at this picture (photo 3). It looks like they restored your old department’s Mack. How come they painted the bottom of the ladders black and left the tops white?” How the hell do I know? “Maybe they should have painted the bottom green. You know, white goes toward the clouds in the sky and green towards the grass on the ground.” They all started laughing. I really dislike old people. I left—I had to go home to see if my social security check came.