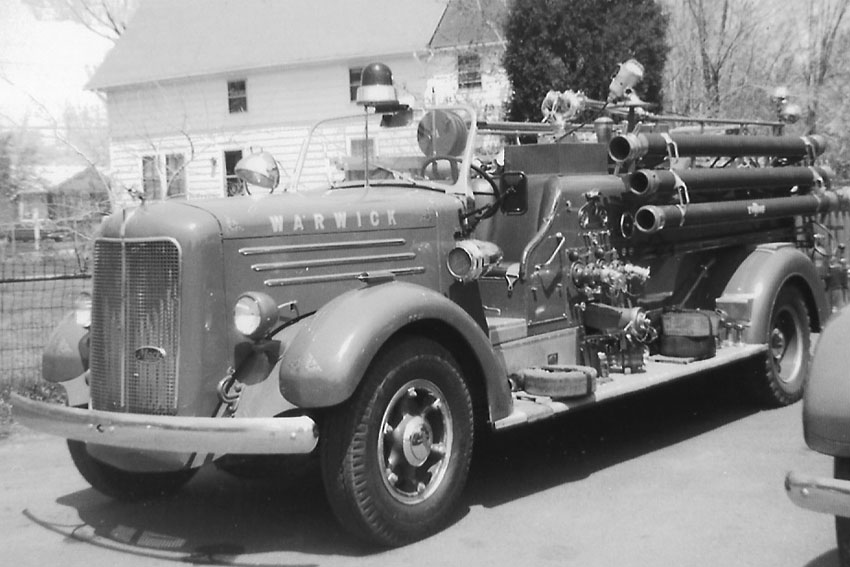 Older Raisin Squad members have a tendency to talk a subject to death. After they realize people are tuning them out, they’ll rephrase or reword the topic to gain another few days of pontificating. One example: Many white hairs cannot comprehend that some fire trucks are being built today without a rear step, also known by the Squad as the tailboard, or by the young guys as the rear work platform—a more politically correct term. The “woke” people probably think if it is called a new name, it will influence older firefighters from trying to sneak a ride on it.

The fire truck bible, National Fire Protection Association (NFPA)1901, Standard for Automotive Fire Apparatus, addresses “stepping, standing, and walking” surfaces. It seems geared toward climbing onto the top of the rig rather than standing for a period of time working, like repacking a bed of large-diameter hose,or accessing a hard sleeve or a ladder. NFPA 1901 doesn’t say you should, or you have to, provide two steps if using the step(s) to stand on while performing a task. And, the NFPA probably shouldn’t. I’m sure the black coats that do the work can figure it out and tell their apparatus purchasing committee. If you’re content to balance your weight on one foot on a single 35-square-inch folding step, go for it. If not, have the person who wrote the purchasing specifications pack the hose or retrieve the suction sleeve.

Giving the “safe working environment” reasoning a break, the rear step topic could remain relevant by promoting it as a means to possibly avoid major damage to the apparatus. It might lessen repair costs if the rig backs into something or if it is rear ended—albeit not a high-speed ramming. Bolt directly to the chassis frame rails a full-width 18- to 24-inch-deep treadplate step reinforced with heavy structural steel tubing or channel similar to that used on front bumper extensions. That should put a dent in a compact car following too close. An added benefit is providing a safe working platform for firefighters. Calling it a rear bumper may be more appealing to spec writers and bean counters who might care more about monies possibly spent down the road on repairs rather than protecting the rank-and-file from injury today.

Traffic Control
In my biased opinion, transitioning from incandescent to halogen to LED lighting hasn’t been proven to keep apparatus from being rear ended. I have not seen evidence that the use of a specific size and color of reflective chevrons on the rear has prevented accidents. There is no doubt that motorists can “see” a fire truck with warning lights and chevrons sooner that one without. Is it possible the cost might be exceeding the benefit? I am NOT advocating removing any appurtenance or device that helps prevent injury to firefighters and damage to apparatus. Perhaps there can be a happy medium between actual prevention, cost, regulations, and an inherent desire for firefighters wanting the biggest and brightest innovations on the market.

NFPA 1901 cannot force the motoring public to pay attention to a fire truck’s warning devices. It cannot mandate incompetent, inexperienced, or drug- and alcohol-impaired drivers to observe traffic laws, rules, and regulations. One comedian’s statement of “you can’t fix stupid” is applicable—so is my belief that sometimes “common sense is a lost commodity.” In addition to warning lights and chevrons, perhaps the fire truck can be made somewhat safer by beefing up its back end to absorb—as much as possible—a hit.

In speaking of accident prevention, I recall—or at least I think I do—of reading someplace that the use of “traffic signaling devices” on the back of fire trucks might expose the fire department to liability if it can be claimed, and proven, that an accident was caused by the fire truck “purposefully” diverting traffic. Ever hear of the term contributory negligence? Imagine some lawyer saying in court: “What type of ‘professional training’ did you provide the apparatus operator that enables him (or her) to legally, properly, and safely divert traffic?”