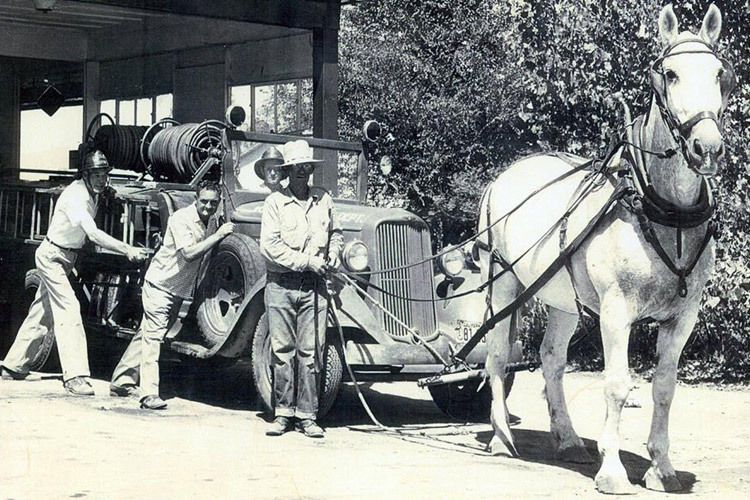 It was a good week. The raisin squad must have taken their meds and been drinking decaf. Morning coffees were relatively calm until one of the computer-literate geezers questioned some photographs in a recent online posting about using side pump panel discharges to supply crosslay hosebeds. Hey, how come they don’t use them drooping elbows? They gotta use them for the regular discharges. The raisin was right. National Fire Protection Association (NFPA) 1901, Standard for Automotive Fire Apparatus, sentence 16.7.7 states, “Any 2 in. (52 mm) or larger discharge outlet that is located more than 42 in. (1070 mm) off the ground to which hose is to be connected and that is not in a hose storage area shall be supplied with a sweep elbow of at least 30 degrees downward.”

I brought in some of the photos the next morning. Regardless of the manufacturer, every side 2-inch and 2½-inch side discharge used to supply crosslay beds did not have elbows. All of a sudden it was my fault; they ganged up on me. Look at that—that ain’t right—how come they did it? “I don’t know.” Why not? “Maybe they’re going to add them before they put the rigs in service.” That’s BS; some of those rigs are already in-service. “I can’t answer.” Why would they take them off to bring to a show? “I still can’t answer.” You should; you used to sell this junk.

Despite knowing some of these white hairs for more than 40 years, friendship goes out the window when they have you on the ropes. They can’t wait to ask a question that I don’t know the answer to, or one where there really isn’t a good answer. Hey, did you see they’re gonna buy them fancy replacement inhalator things for each rig? “They don’t use inhalators any more. They’re called automatic external defibrillators (AEDs). Why?” The other day you were talking about two-piece engine companies. “What’s that got to do with AEDs? Do they have to carry them on each rig? “Why?” What if they don’t respond together or what if one goes out for gas? “They don’t use gas anymore; everything is diesel. But, I don’t know.” Why not? What does the standard say? “It says every rig has to have one.” How come? That was too much pressure. I went home and took two aspirin and an early morning nap. When you’re down, they’ll whip you and ride you like a rented mule.

The other morning I got hit with: Did you see that new aerial with the spinning red light on the front? “The Roto-Ray?” Whatever you call it—it looks like a damn pin wheel all lit up spinning at warp nine. One of their guys says it’s the best light on the market. Is that true? “Beats me, but it’s effective because its mounted low and probably gets your attention quicker than just a flashing light.” Can you prove that? “How the hell can I?” I didn’t think you could.

Another day, one of the actives wandered by the kitchen carrying his bunker pants. One raisin yelled out, New britches? “Nope, just bunker pants.” Why do they call them bunker pants? I went through the scenario of sleeping in the fire station in a bunk (bunking in) and at night you’d jump right into them? Stupid me, I said they also called them night hitches. Who did? Why did they? “I don’t know, but when I first got in they called them night hitches.” That’s stupid, but then again you ain’t from around here. Then they accused me of being so old (which I am not) that I was around when they had three-horse hitches and I probably couldn’t remember if I was hitching up my own pants or hitching up a horse. Ha—you sure you didn’t try to hitch up to the wrong end of the horse?

About a week later, I made a copy of a page from the 1989 Boston Fire Department annual report containing a “Field Evaluation of Safety Equipment on Fire Coats” that said, “The division conducted field testing of the Morning Pride Fire Coat and Night Hitch as a complete package.” (Note it was 1989 and NOT 1889.) I also made copies of two posts I found on a 2003 online forum about protective clothing. One read “Bunker gear is easier. Up until 20 years ago, bunker gear was only worn when responding from your bunk. It was also referred to as ‘night hitch’ in some areas. The first time I wore my bunker gear during the day, everyone looked at me like I was nuts. Today, everyone thinks a firefighter in ¾ boots is nuts.”

The other posting read “Bunker clothes, or ‘night hitch,’ were short boots with waterproof pants, and some firefighters also wore a special short coat at night with the pants. The name just stuck when pants became a normal part of the gear.” It don’t matter. We ain’t talking about that anymore. Do we get the seniors’ discount at the diner today? I really really dislike old people.