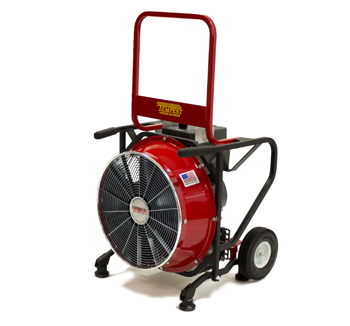 Following one year since the introduction of the SP Power Blower and its exclusive laminar air flow (LAF), Tempest has released a GFCI-compatible, electric platform version of the fan, coined the SP VS. 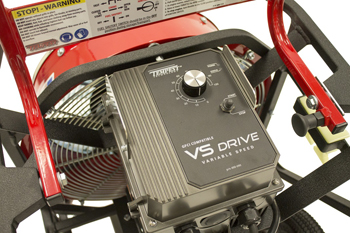 The SP VS bears the same design as its gasoline driven predecessor. The difference comes in the power: Torqued by a large 2.0 HP electric motor and controlled by Tempest’s latest variable speed (VS) drive. The drive, which is also a recent development from the company, is both GFCI-compatible and NEMA 4 rated. Users only need two controls to operate the unit: an on/off switch and a 0 to 100 percent output rheostat knob. Built specifically for convenience and simplicity, this ensures the unit can be deployed quickly and operated safely by just about anyone. 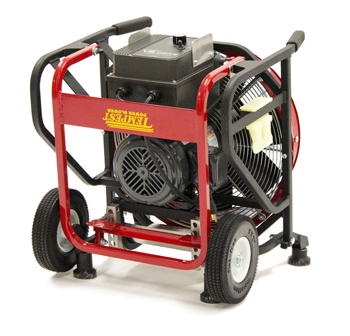 Like the original Special Operations Power Blower, the SP VS produces the line’s signature LAF. Differing from traditional cone air flow (CAF), the laminar air pattern shines in ventilation scenarios such as multistory high rises, stairwells, commercial structures of greater than 5,000 square feet, and complex structures. With LAF’s tighter, more focused air output, it’s also capable of creating the door seal necessary for conducting PPV from a further setback. An increased setback helps to lower dB levels heard within the structure and frees up space near the point of egress.