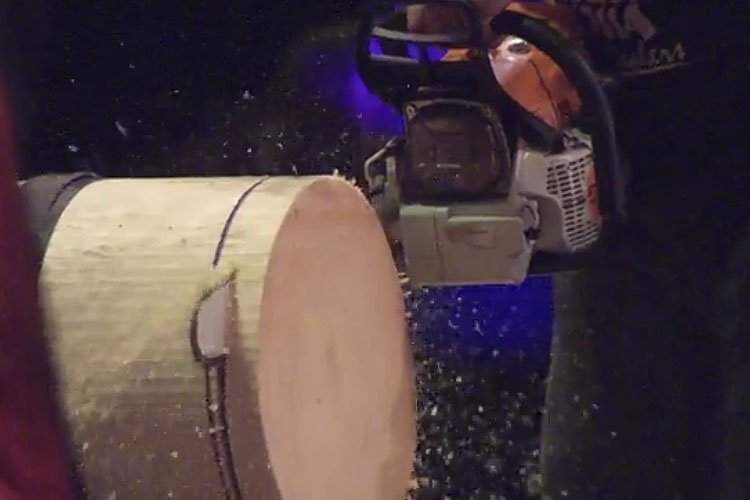 Fans will feel the power of Team STIHL as they go head-to-head with competitors in planes flying at nearly 400 miles per hour 50 feet above the Nevada desert, sawing and chopping timber in record time, and powering through waves in boats reaching speeds of 130 miles per hour. This is how the extreme sports block stacks up:

“Extreme sports are such a natural fit for us,” said Roger Phelps, STIHL Inc. corporate communications manager. “They are all about power, precision and performance and that’s what we deliver to our customers every day. We are proud to share with America the heart of Team STIHL with these three exciting shows in one extreme block — because whether it is the world’s best lumberjack sports athletes, super boats or race planes, there’s no mistaking the power and passion of STIHL.”

Team STIHL Air Racing is where racing and engineering meet and are fueled by the passion and dreams of the young and old. The One Moment Air Racing plane, piloted by Andrew Findlay, a quality and reliability manager at STIHL Inc., is a sleek carbon-fiber Lancair Super Legacy with a more than 600 horsepower twin turbo engine. Several of Findlay’s STIHL colleagues serve as the racing plane’s crew. With the power of a custom McCauley Blackworks propeller and an innovative crew, the plane can hit speeds of nearly 400 miles per hour. Sports enthusiasts can see Team STIHL take off at the STIHL National Championship Air Race at 3:30 p.m. EST on April 2 on their local NBC Sports channel and get a preview of the plane in action below.

There are additional opportunities to see STIHL Air Racing, STIHL® TIMBERSPORTS® and STIHL Super Boat on NBC Sports this spring. Sports fans can also tune in for three separate two-hour blocks of thrilling extreme sports action on the following dates: