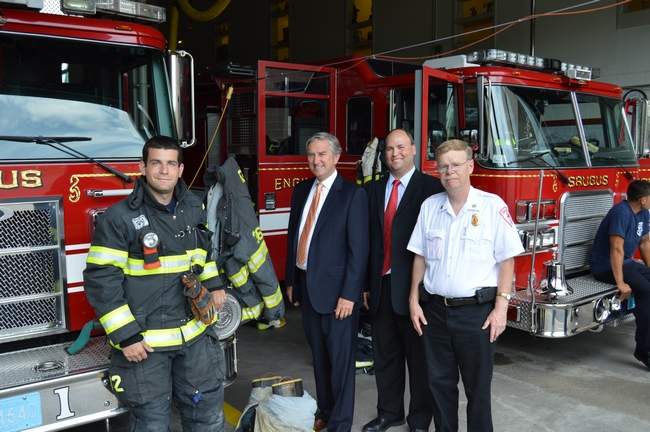 The Fire Department of Saugus, Massachussets has received an Assistance to Firefighters Grant from the Federal Emergency Management Agency to the tune of $63,800. The Fire Department plans to purchase 29 sets of turnout gear with the funds. According to the terms of the grant, the town will cover 10% of the cost, while the AFG grant covers the other 90%.  Saugus Town Manager Scott Crabtree announced the town applied for and was awarded the grant to help Saugus firefighters.

“This is another great opportunity for the town of Saugus and I want to thank the Congressman’s assistance in securing another public safety grant,” said Saugus Town Manager Scott Crabtree, referring to local Congressman John Tierney, who was instrumental in helping secure the grant.

“This grant will fit nicely with the SAFER Grant the town received earlier this year that allowed Saugus to hire eight new firefighters. This federal grant will pay to outfit those new firefighters rather than the town having the total expense,” explained Crabtree.