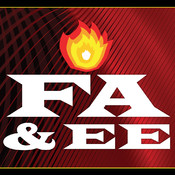 The 12,000 residents of Morwell, Australia, didn’t know what to expect when an underground coal seam mine fire broke out on February 9, 2014.

The four- by 2½-mile burn began as a grass fire in the tinder-dry wildland area outside of Morwell. The grass fire ignited the brown coal seam, resulting in an open-pit mine fire that burned for weeks and seemed unstoppable.

The Morwell open-cut mine is located in Victoria within the Latrobe Valley just southeast of Melbourne. The mine is a critical source of the brown coal used as fuel for the nearby Hazelwood power generation station, which powers eight 200-megawatt generators and creates approximately 30 percent of Victoria’s electricity. Without the coal, at least 1/3 of the area’s power, including lights and air conditioning, were at risk.

In Morwell, mail delivery stopped. The local courthouse temporarily closed. The elementary school shifted its students to a nearby town. Some 18 local firefighters were initially treated for carbon monoxide poisoning, and air pollutants in the town were said to be 10 to 15 times above safe limits. As the brown coal fire burned, Morwell residents routinely wore masks as they walked around town. The Australian Government offered free rail fares to the residents if they would vacate the area; some were given stipends to leave the area temporarily.

The mine owners needed to stop the fire and make sure the local residents had clean, breathable air. They called in the Victoria Country Fire Authority, headed by Rick Owen, senior station officer—equivalent to a captain in a United States fire department. The firefighters would need to work feverishly to get the fire under control.

“My whole organization became focused on this incident,” says Owen. “We enlisted five interstate fire services and other state services to get the job done. In the end, it came down to the ability of most firefighters to continue to toil against the odds and make things happen, as we have got a job to do.”

In fact, some fires—for example, in China, India, Malaysia, and Pennsylvania—have burned underground for decades. India’s Jaharia Mine has burned since 1916. An abandoned coal mine fire in Centralia, Pennsylvania, has been burning since 1962.

It is not just fire and its spread that concerned safety officials. Poor air quality and exposure of nearby residents to contaminants were greater concerns. A Dutch researcher studied some underground coal fires in China and found that the amount of carbon dioxide released in the vicinity was significant and approached levels that amounted to two to three percent of global carbon dioxide sources.

Mine fires of this type are battled using different tactics and strategies. They sometimes are extinguished with water and then covered with foam. Later, the affected earth and soil may be fully removed. In other cases, the mine may be sealed off and filled with inert gas. If the landscape allows, the mine is flooded and the fire is extinguished in full.

“We needed to use several different techniques for extinguishment,” explains Owen. “We used Class-A Foam, water, and compressed-air foam systems. This was supported by 1,000-gallon bucket aerial drops via helicopter. The crews in the mine were deployed and relied on a two-hours-in, two-hours-out [schedule] over 12-hour shifts to limit exposure to carbon monoxide and other fire products.”

Wireless Area Monitor Protection
Firefighters deployed a gas detection strategy that relied on 25 AreaRAE transportable gas monitors throughout the four- by 2½-mile vicinity of the mine and surrounding townships. These AreaRAE monitors wirelessly polled two separate base stations, which transmitted through broadband Internet to a central computer. Data was instantly delivered in real time, then recorded, archived, and summarized in a spreadsheet for review and analysis by key stakeholders.

Real-time gas readings were transmitted to a base station that used ProRAE Guardian software operating on a Windows-based platform but accessible via tablet computers and smartphones by the responders. ProRAE Guardian aggregated, logged, and displayed sensor information from the AreaRAE wireless gas detection instruments, biometric data, and GPS information into a comprehensive real-time display of threat data.

The AreaRAE’s RF modem allows real-time data transmissions to a base controller located up to 500 feet (150 meters) away or, with an added portable modem, two miles (3.2 km) away. A personal computer can be used as the base station. With the RAE Systems software, this configuration is capable of monitoring the input of up to 64 different remotely located monitors such as the AreaRAE.

At the base station, response commanders monitored the readings from each of the AreaRAE monitors, as well as various data from wireless personal gas detection monitors and biometric sensors, in a cascading display.

At day 35 of the mine fire, the AreaRAE monitors used by the Victoria Country Fire Authority and the township had been running continuously for 32 days.

Eight hazmat technicians monitored AreaRAEs on-site and also performed routine maintenance on the monitors. This included battery and filter replacement twice a day. Data was downloaded every day, alternating days being used for each half of the units. The monitors were connected to a laptop, the data downloaded, and unit datalogs emptied.

Owen says that during the initial weeks of fighting the fires, they were getting readings significantly above the exposure limit—for both responders and the public. As they brought the fire under control, the readings went down in both the mine and the local township. Owen and his crew were able to extinguish the fire and leave the mine. However, it was the end to a long arduous battle that would have been difficult without the right technology.

“A service technician from a local RAE Systems distributor visited the site every two to three days to maintain units with calibrations and sensor changes if required,” explains Owen. “Ultimately, we had around 40 units onsite, with at least 25 deployed in the field and eight to 10 spares, which we used to swap out with the active AreaRAE monitors if any required servicing.”

Some of the deployed AreaRAE units were over eight years old, Owen says, and Country Fire Authority has not had any substantial issues with them. “We have purchased 30 additional units with GPS and RAE Systems’ ProRAE Guardian Software,” adds Owen. “We’ve relied on AreaRAE monitors to protect us and the public. And we’re going to rely on them in the future.”

“As far as reliability, I don’t believe that in anyone’s mind who built these units that they were designed to operate continuously for over a month,” adds Owen. “Due to the support from various people, such as our scientific officers, hazmat technicians and RAE Systems staff, we kept these monitors going. With the spare capacity, we have ensured that our strategy has remained viable.”

“We also have five MultiRAE handheld units for the technicians to use to back up readings when out completing basic servicing,” says Owen. “We have also ordered two ppbRAE 3000s for low-level VOC detection in the field.”

He says that the AreaRAEs performed excellently and expects that authorities will recommend more single-sensor carbon monoxide (CO) units after a lessons-learned evaluation of the entire incident.

Increased Safety, Reduced Response Times
The environment of coal mining fires can be dangerous to workers, emergency responders and the communities that surround the mines. Dangerous gases from the fire process can be harmful—and even lethal—if incident areas and plume dispersion of toxic gases are not monitored, tracked, and communicated properly. In addition, first responders are challenged to manage hazmat situations, extinguish the fire, and contain the fire, while also ensuring the highest safety standards.

In Australia, where there’s been a 10-year drought, Owen and his team must use every advantage they can get to contain, control, and combat fires such as the Morwell Mine Fire and wildfires in the outback. In so doing so, they have sought out reliable wireless gas monitors tools such as RAE Systems AreaRAE monitors as a critical ingredient to set a perimeter, know how a plume is moving, and detect harmful VOCs so they can protect nearby citizens, town assets, and firefighters.

By using RAE Systems monitors, Victoria Country Fire Authority was able to quickly respond to the Morwell open-cut mine fire, better inform the community, minimize safety incidents and risk to responders, and achieve control of a dangerous situation.

During the early stage of the fire an AreaRAE monitor was stolen. The firefighting team was able to detect it remotely. Prior to being stolen, the AreaRAE had been indicating safe levels of exposure. Once stolen and in the home of the thief however, the AreaRAE began to detect a high and dangerous readings. As a result of some sleuthing and GPS location, local law enforcement authorities recovered the unit. And, they evacuated the house where they found the AreaRAE.

In another incident, an Australian milk cow picked up an AreaRAE unit and carried it around a field. The cow meandered over the countryside with the AreaRAE, which was reading an erratic level of O2. After recovering the instrument and further investigation, it was determined that the cow’s saliva was causing the anomalous O2 readings.