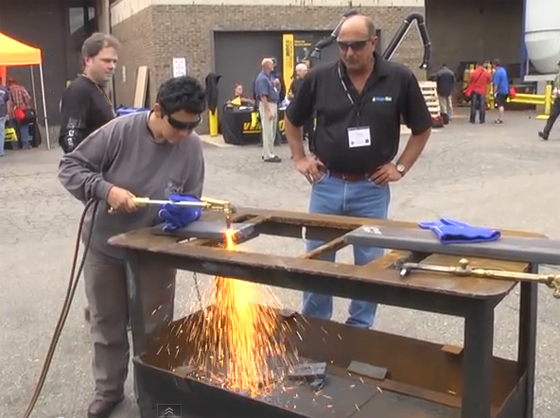 TAMPA, FL—MagneGas Corporation, a technology company that counts among its inventions a patented process that converts liquid waste into a hydrogen-based fuel, announced that it has received formal confirmation from the Special Operations Command of the FDNY that it has commenced final testing of MagneGas® for use as a replacement to acetylene. As part of its overall strategy to grow fuel sales, MagneGas has identified fire departments and first responder units as ideal customers for the use of its gas due to the speed of the MagneGas® cut and concentration of the heat affected zone. The reduced heat affected zone as compared to acetylene means the potential for less impact on human life in the vicinity of a cut during extractions. This is a critical benefit of MagneGas® fuel for these markets.

“The FDNY has been conducting testing using MagneGas® for over one year, studying both the safety of the fuel as well as the potential impact on human life during extractions. In addition, the Company has been working with FDNY to design backpacks that can be used with MagneGas® during a fire. The cylinders are lighter than acetylene, making them easier to carry and the fuel dissipates in the event of a leak. This makes MagneGas safer to use in fire zone areas.  In addition, the smaller heat affected zone means cuts can be made closer to the body during extractions, which may have a beneficial impact on human life,” states Terry Vernille, senior vice president sales and distributor relations for MagneGas.

Improving Communication in a Large Department: The Philadelphia Experience