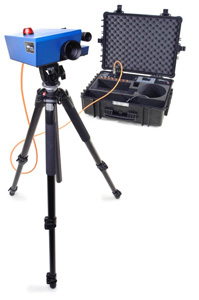 Designed by LEADER in collaboration with international experts in victim USAR research techniques, LEADER Sentry provides additional security of intervention areas on which are engaged rescuers, rescue teams, firefighters, doctors, workers and other persons or victims.

With a simple program setting, the inoffensive laser ray of the LEADER Sentry detects the slightest movement of a structure or mass that may endanger persons: unstable building, vehicle accident, landslide, rockfall or snow slab.

Two LEADER Sentry laser sensors can be linked simultaneously to monitor two different structures or two axis of movement of the same structure. If the movement of the structure under surveillance exceeds the warning threshold chosen, a powerful siren and a flashing light are activated to warn of an impending collapse allowing rescuers to take security or evacuation measures. 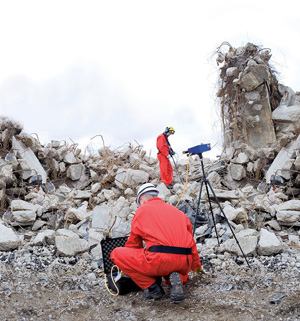