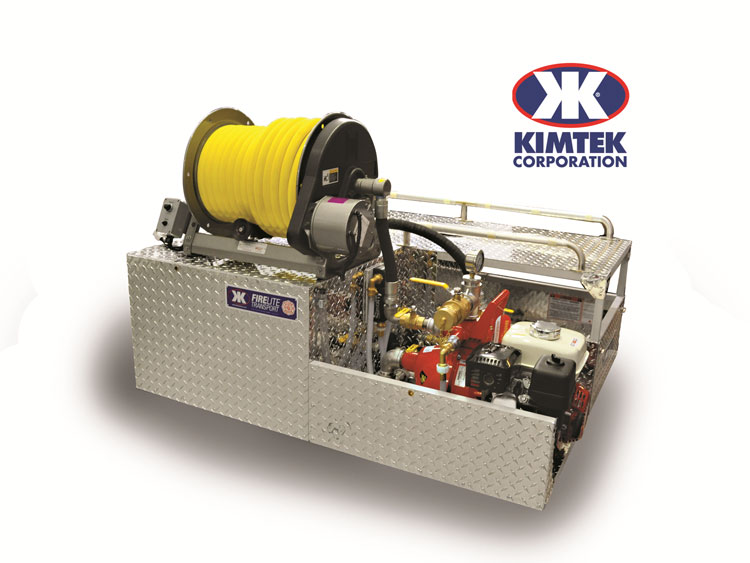 KIMTEK has also announced that new for 2018, every KIMTEK FIRELITE® FDHP-300 series truck skid unit will come with a complete Mercedes Draftlite® Kit which includes the Hydro-Wick® hand primer, 20 ft of 1.5” high pressure suction hose, and a Hydro-Wick foot valve with strainer. The Hydro-Wick hand primer is hard-plumbed into the stainless steel piping with a separate valve. This kit seamlessly mates to the 5.5, 9 and 13 HP FIRELITE-300 series skid units and assists with drafting from virtually any source of water.

KIMTEK will make the new Mercedes Draftlite Kit available as a stand-alone purchase intended for customers who already own a FIRELITE Transport 300 series or UTV skid unit and want to improve their drafting capability. In this application the Kit’s hand primer will include a 1.5″ NH (NST) coupling. The Draftlite® kits ship complete from KIMTEK.

Founded in 1984 as a research and development company dedicated to advances in life safety technology in the fire sciences, KIMTEK Corporation is the largest producer and marketer of ATV/UTV and pickup-truck skid units for public safety agencies in the U.S. KIMTEK’s FIRELITE® fire and rescue skid units and MEDLITE medical skid units are now in service worldwide, including all branches of the U.S. military, the National Park Service, numerous NASCAR tracks, sporting complexes, schools, and universities. KIMTEK Transport skid units are proudly made in the USA. For more information, please contact KIMTEK at 888-546-8358 or visit the company’s websites at www.kimtekresearch.com and www.brushtruckskids.com.