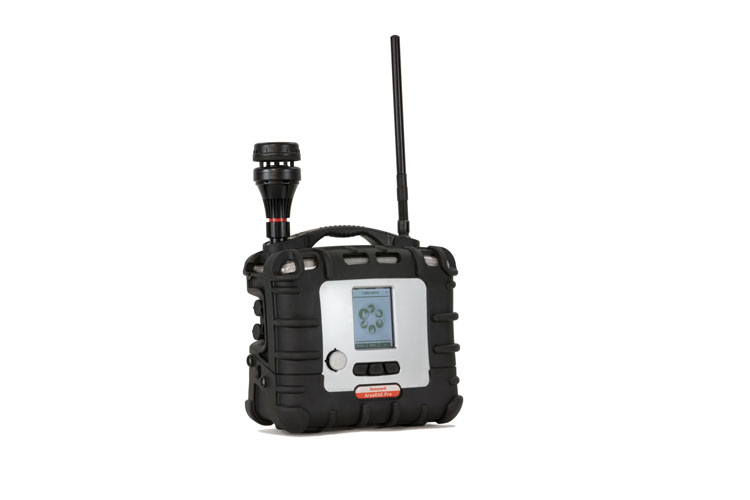 “The legacy AreaRAE notably served the HAZmat and emergency response community for almost 15 years as a multi-threat detector, but now the platform has been redesigned and upgraded through Honeywell technology and its considerable engineering resources,” said Thomas Negre, senior marketing director, Portable Solutions, Honeywell Analytics. “The result is more information being gathered by a single device and making that information easily accessible to local and remote decision makers. For first responders, understanding what the threats are, where they are and how they are moving is critical to determine an appropriate response plan. AreaRAE Pro’s detection capabilities give incident commanders more critical information, so that they can keep their teams and the community safe.”

With its versatile configuration options, AreaRAE Pro accommodates up to seven sensors that can be easily switched out as needs change. Users can select from over 20 sensors for toxic and combustible gases, a photoionization detector (PID) for volatile organic compounds (VOCs) at parts per billion levels, a gamma ray sensor for radiation, and a meteorological sensor to monitor factors affecting the dispersion and direction of gas plumes, such as wind speed and direction. Meteorological data can be used to develop a visual plume model on a computer loaded with Honeywell’s real-time monitoring software, which aids in predicting the spread of a gas leak and planning of additional safety measures.

In addition, AreaRAE Pro includes an embedded GPS location identification, which provides critical information on where a unit is deployed, enabling responders to react to an incident with increased situational awareness.

Honeywell has re-engineered the wireless technology to provide untethered flexibility with choice of wireless protocols includingGPS, mesh wireless, Wi-Fi or Bluetooth® (BTLA). AreaRAE Pro also has a built-in mesh modem that facilitates the short-range transmission (up to 100 meters) of readings to a central monitor, while serving as a host for up to eight other portable Honeywell detectors.

AreaRAE Pro builds on the AreaRAE’s legacy of excellence in the incident response community by providing responders with more information than ever to help them identify hot zones, set perimeters, and make other informed emergency decisions both onsite or remotely using AreaRAE Pro’s wireless technology.

“With today’s heightened emphasis on critical infrastructure protection and public venue security, we feel it’s critical that first responders and HAZmat teams be aided by the most advanced multi-threat monitoring tool available, one that gives them the information they need so they can appropriately respond to a threat and protect the public safety,” said Negre.