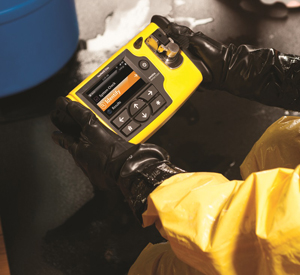 Smiths Detection has released HazMatID Elite, a next-generation handheld device that HazMat response teams use to detect and identify explosives, chemical warfare agents, toxic industrials and narcotics.  Emergency response teams have begun adding the Elite to their capabilities, with the first order made by the New Jersey State Police earlier this year.

Ten times smaller and four times lighter than the original, Elite uses innovative sampling techniques for reliable determination of suspicious powders plus direct surface contaminant analysis and robotics integration. It is the only system of its kind certified to the strictest military standard for use in the most extreme climates.

HazMatID Elite’s enhanced functionality includes an intuitive interface and self-guided software as well as encrypted wireless communications that supports mobile response operations. Personnel can train to use the system in under an hour, far less time and resources than required for comparable equipment.