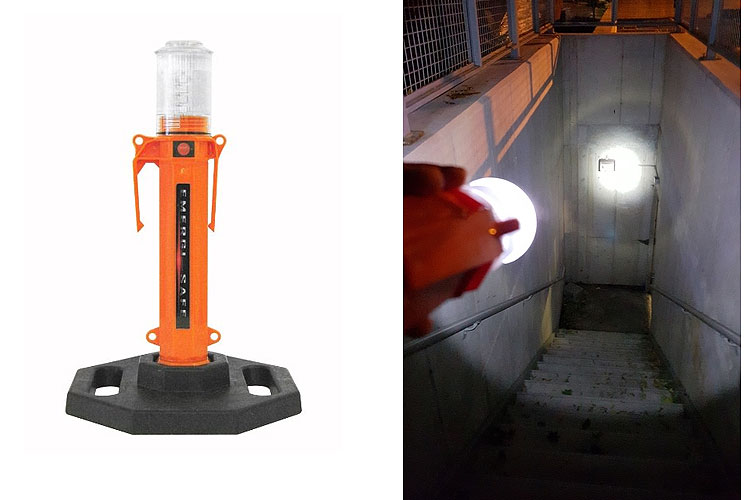 DN Safety Products hopes to raise $15,000 to bring a unique safety tool that will save lives to market.

“Over the years, I’ve responded to accident and fire scenes where I’ve been nearly struck by passing vehicles,” explains firefighter/inventor Danny Vartan. “I also lost a friend who operated a tow truck. A car coming around a curve struck the car he was hooking up, pinning him between the car and his tow truck. That is why I created the EMERGI-SAFE 5-in-1 Emergency Flashlight; I knew there was a safer and better way to protect First Responders and the public when stopped on the road, at fire scenes, and even emergencies at the house such as in the event of a power outage.”

First responders traditionally use incendiary strike flares at emergency scenes. But Vartan notes that strike flares can be dangerous to use at some accident scenes due to the fact that they emit flames and sparks which are a definite safety hazard when flammable liquids and vapors are present. Strike Flares also give off noxious/choking smoke that can obscure the very scene they’re trying to protect.

In the case of a person who’s car has broken down, Vartan points out that “The longest burning strike flare lasts only 30 minutes. What do you do once it has burned out and help has not yet arrived – as in the case of bad weather with many accidents? Also, many people are uncomfortable lighting a strike flare. That’s yet another reason why I created the EMERGI-SAFE 5-in-1 Emergency Flashlight: to provide a safer way to help protect First Responders and the public whether they are operating at a vehicle accident, fire scene, or stranded along the roadway.”

– 12 Inches Tall; provides greater visibility over longer distances and during rain or snow

– Lifetime Warranty: all parts are guaranteed against manufacturer’s defects

Danny Vartan is a firefighter with the Westwood (NJ) Fire Department. He is also the Inventor of the EMERGI-SAFE 5-in-1 Emergency Flashlight. Vartan spent the better part of his adult life answering emergency calls in Northern New Jersey, and knows firsthand what it’s like to have cars whizzing past him at all sorts of emergencies along busy roadways.

Those experiences – along with stories of colleagues’ close calls with passing motorists over the years prompted him to invent an innovative LED-based safety lighting product: the EMERGI-SAFE 5-in-1 Emergency Flashlight.

Vartan started DN Safety Products, Inc. to bring to market the EMERGI-SAFE 5-in-1 Emergency Flashlight, a multi-purpose, easy to use, all-in-one solution to provide maximum safety in the most dangerous environments for first responders and civilians alike: the roadways of the United States and beyond!