The fire service will be introduced to a new brand during the next few months. It’s a rebranding of a name most are familiar with-ISI. In recent years, ISI has been known as Avon-ISI after being purchased by Avon Protection. Mark Williamson, global product manager, supplied air products at Avon-ISI, says during the next few months, the market will see the Avon-ISI combined brand move to the Avon Protection Systems brand, which he says will ultimately strengthen the brand “as the market comes to realize that the Avon Protection military pedigree will transfer over to the design and development of new products in the fire service as well.”

More than 30 Years in Business

Founded in 1980 as International Safety Instruments, the company provided an alternative to the status quo respiratory manufacturers and what was considered outdated technology at the time, according to Williamson. “Our founders knew there were better ways of designing and manufacturing respiratory equipment and were hearing from the marketplace that it was not being heard regarding the issues-specifically with weight and size of respiratory products, as well as the complexity of maintaining those products,” he says. He states that the first respiratory products Avon-ISI produced were simple to use and more lightweight than other products on the market and consisted of advanced and compact components. Users could perform maintenance easily themselves and often reduced maintenance costs with these early products, according to Williamson. “So, we offered innovatively designed products to the market by making the products simpler and compact,” he says.

More recently, Avon-ISI was the first self-contained breathing apparatus (SCBA) manufacturer to offer built-in electronics with the low-profile heads-up display (HUD) system, says Williamson, which he says makes it simple for the user to know how much air is left in the SCBA’s air cylinder without having to use a hand to check a gauge. “This was a huge innovation from Avon-ISI and well accepted in the marketplace,” says Williamson. “So well was it accepted that the National Fire Protection Association (NFPA) made if part of the standard.”

Current innovations include options for the company’s Viking Z Seven SCBA including EchoTracer ultrasonic tracking systems and TEAMS telemetry system. The AirSwitch face mask offers users time and air supply savings, according to Williamson, with its ambient air switch. The company also offers what it calls the 10-10-1 program. “The 10-10-1 program gives department a 10-year warranty on the electronic components of the SCBA and 10 years of free battery replacement, three times annually,” Williamson says. “The free batteries are easy for Avon-ISI to offer and easy for the user to change out since the Viking Z Seven only requires one battery source-the four C cell C4 Battery Pack.”

Addressing the current economy, the company has developed a lease-to-own program, which Williamson claims will allow a fire department to afford the equipment it needs and pay on a monthly basis, so a municipality will know exactly how much it needs to budget for equipment but not have to pay for it all at one time. 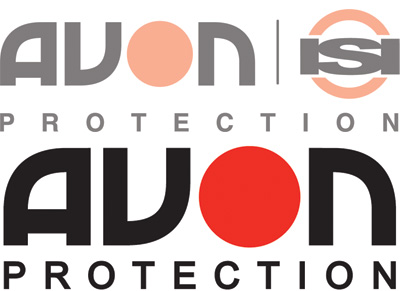 ISI took the first steps toward becoming a global company when it was purchased by Avon Protection in 2005. It had sold product for many years in other parts of the world but, according to Williamson, the purchase opened up more opportunities for innovation for users worldwide for both companies. “Avon Protection is the current holder of the United States military contract for all four branches of the military to provide the M50 gas mask,” he says. “Avon and ISI knew that combining the strengths of both companies-Avon’s with mask and filtration and ISI’s with supplied air products-would prove to be an outstanding combination to design new products, especially with current user needs for multiple levels of respiratory protection in one system to face the issues in the world we live in today.” Williamson adds that Avon’s background as an innovator in rubber compounds lends itself well to the required components Avon-ISI manufactures.

Williamson says the rebranding into Avon Protection Systems will take place during the next few months. He says that what this means for firefighters is that “they will see SCBA that can withstand the rigors of war and will be tested to harsh military standards, thus giving them the most reliable SCBA on the market.” It will also mean that the ISI moniker will be retired.

Williamson notes how the NFPA is looking to improve current technology and heat resistance with the new version of NFPA 1981, Standard on Open-Circuit Self-Contained Breathing Apparatus (SCBA) for Emergency Services, in 2013. “This will give the firefighter improvements in voice clarity as well as improved visor durability, which is typically the most vulnerable part of any SCBA,” he says. He adds that in the next few years, the low-profile SCBA concept will evolve into a usable product for the fire service, giving the firefighter not only a lower profile but a lighter weight system.

Even as part of the Avon family, Williamson admits that Avon-ISI is not the biggest player in the marketplace in terms of SCBA manufacturing, but it does offer a number of advantages. “The advantage we offer is the unique ability to work with the fire service on custom changes, product improvements, low cost of ownership over the life of the product, and excellent customer service, which you will see greatly expanded in the near future,” he concludes.

CHRIS Mc LOONE, associate editor of Fire Apparatus & Emergency Equipment, is a 19-year veteran of the fire service and a captain with Weldon Fire Company (Glenside, PA). He has been a writer and editor for more than 15 years. While with Fire Engineering, he contributed to the May 2006 issue, a Jesse H. Neal Award winner for its coverage of the Hurricane Katrina response and recovery.