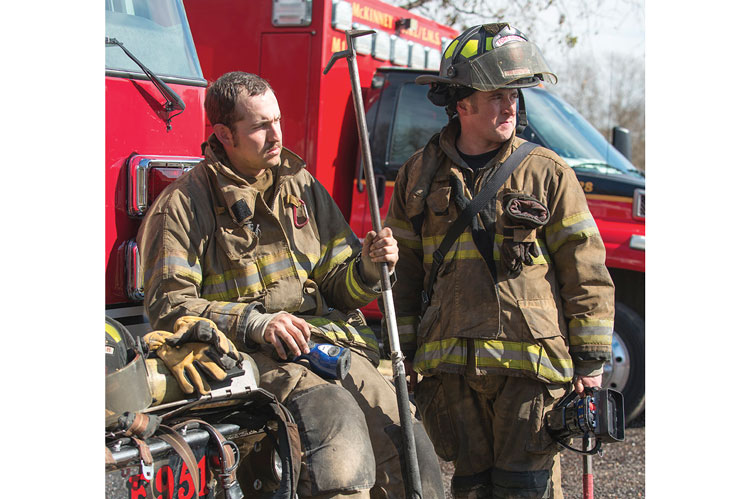 As thousands of firefighters are preparing to attend FDIC International this month, I started thinking back on some of the FDICs I have attended during my 32 years in the fire service and the information I learned thanks to this conference.

For 90 years, FDIC has been a gathering place for firefighters to share their wisdom and experiences with each other while receiving the latest training in fire safety and equipment. The training given to firefighters at FDIC throughout the years has contributed greatly to protecting the lives of civilians and firefighters worldwide.

Whenever I had the opportunity to attend FDIC, I was impressed with the advances in technology that were being applied to self-contained breathing apparatus (SCBA), turnout gear, fire helmets, fire apparatus, and thermal imaging cameras (TICs). The use of thermal imaging technology in the fire service has been available only since the late 1990s – a relatively young technology to the fire service compared to SCBA. Not until the late 1990s did TICs become accessible to fire departments in the United States and only to some departments that had the funds to acquire this new technology.

The first TICs were large, heavy, and bulky and certainly nowhere near as technologically sophisticated as the TICs today. The first adopters were the truly progressive fire departments that jumped at this new technology, and very soon other departments followed.

Fire departments quickly saw the value in thermal imaging and began to deploy TICs for specific operations such as search and rescue and overhaul. Soon fire departments found more consistent uses for TICs that included fire attack, size-up, and hazmat. Fire departments quickly realized the powerful capability and versatility of this tool. The evolution of thermal imaging technology was underway, much like the evolution of SCBA. When the SCBA was first introduced to the fire service, it was a revolutionary concept, much like the introduction of TICs. SCBA gave firefighters the ability to breathe in dangerous environments, and TICs gave firefighters the ability to see in dangerous environments. Both technologies are the perfect combination for firefighters to safely survive and maneuver in smoked-filled environments.

As technology evolved, so did the design of the TIC. Today, the fire service is afforded a range of handheld TICs, with most models now weighing three pounds or less and incorporating technology that yields clear, crisp imagery that shows cool scenes and high-temperature environments. A hands-free TIC integrated into a firefighter’s SCBA is also available to the fire service. The ability to make TICs even smaller, more integrated, and more capable will most certainly increase in the coming years.

TICs today are powerful, multipurpose devices capable of providing a wealth of information to firefighters. It is common to see a TIC on every apparatus. The fire service needs to make the next move toward securing a TIC for every firefighter. The technology is too important and too enabling not to eventually be standard equipment for every on-duty firefighter. Every firefighter has an SCBA; why doesn’t every firefighter have his own TIC? In past years, the price of a TIC was affordable only to large fire departments. Today, the prices for this tool have dropped from $20,000 in 1998 to less than $5,000 today.

A TIC for every firefighter gives everyone the ability to navigate on his own, while enabling officers to maintain visual accountability of the crew at all times. A TIC in the hands of each crew member means more eyes on the fire. It means more ability to quickly find victims. It provides a better chance to identify fire before it overwhelms a structure. Every firefighter equipped with a TIC translates into a safer fire service. For some fire departments, thermal imaging deployment to each on-duty firefighter is possible now, but for many others the price is still too high. As prices continue to drop and products become even easier to use, I hope that TICs, like SCBA, will be part of every firefighter’s ensemble.

TICs will continue to evolve during the coming years as technology advances at a rapid rate. If you are lucky enough to attend this year’s FDIC International, be sure to check out the latest advances in thermal imaging from manufacturing leaders who are on the cutting edge of technology. It seems clear that the next generation of TICs will be technologically better, more capable, and less encumbering.

We have come a long way from the deployment of the first TIC to the possibility of a TIC for every firefighter. Equipping every firefighter with a TIC means firefighters can now navigate to and extinguish fires more quickly and safely. This is a journey we will continue to take together.

CARL NIX is a 32-year veteran of the fire service and a retired battalion chief of the Grapevine (TX) Fire Department. He serves as an adjunct instructor for North Central Texas College and a thermal imaging instructor for Bullard. Nix has a bachelor of science degree in fire administration and is a guest instructor for Texas A&M Engineering Extension Service’s (TEEX) annual fire training in Texas.